You are here:
Flux Game 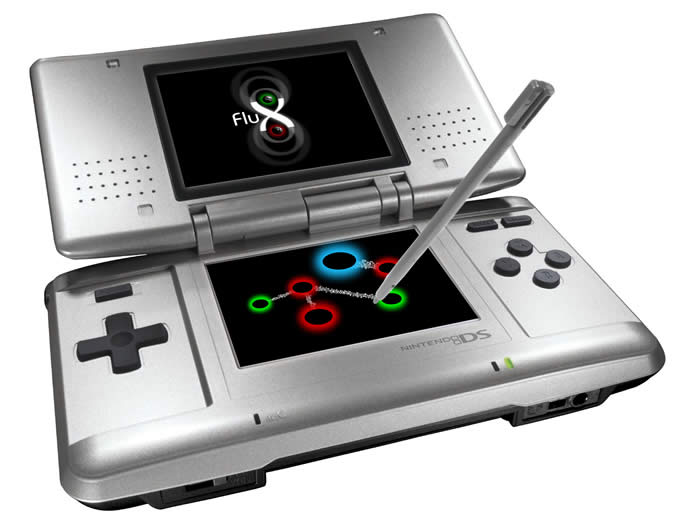 “The first cool feature is that there is no clicking in Flux. It doesn’t matter whether you are playing with a mouse, stylus, or wand; the game is controlled through intuitive, click-less gestures. This engages the player, and intimately connects them with the actions playing out on screen. To get the idea, draw a circle with your mouse while pressing down the button and then do one without pressing the button. The latter is much smoother and intuitive, giving Flux very fluid gameplay.

Second on the list of features is the lack of a traditional interface. There is a menu system used to access the game, and its levels, but once in-game, it’s just you and your pulsing network of orbs. There are no numbers, words, charts, graphs, or maps to distract you from your goal. Information is delivered purely through sight and sound, allowing the player to know what is happening in the network, without having to be told explicitly.

The third main feature could be viewed as the most engaging. Levels are built from songs, and how the game plays depends on the music you are listening to. Fast pace and high intensity results in frantic gameplay that really challenges the best of players. Meanwhile, when the player is in the mood for calming music, Flux creates a relaxing pace. These songs are provided by the player’s personal music library, resulting in re-playability limited only by a player’s collection.”